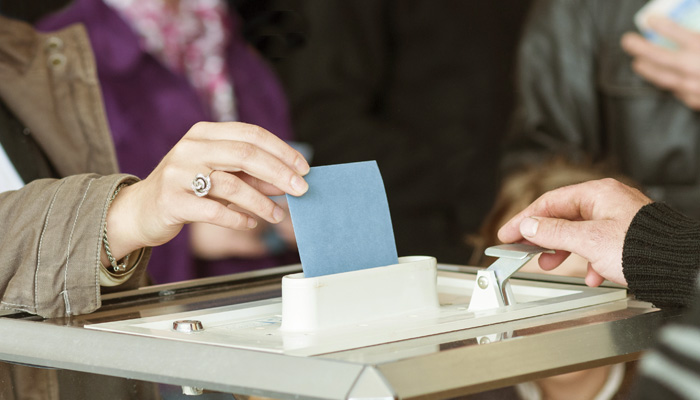 It has been proposed in several circles that voting be made mandatory so that more people engage in political action. The underlying rationale: Participating in an election is not a strictly personal act but also a collective one. Voting constitutes a civic obligation towards one’s co-citizens. Free voting does give rise to an unrepresentative expression of public opinion, as it is biased in favour of old and white people, and of high-income earners.

As a source of further bias, political parties concentrate their election efforts on specific targets, i.e. on people most likely to vote. The media also devote more time and space to questions that deal with larger audiences, thus contributing to mobilizing larger groups at the expense of minorities. The international record on this aspect of the question is clear. Since adopting the mandatory rule in 1924, Australians have voted at the 90 percent level rather than at the previous 58 percent level.

As a counter argument, we wish to argue that a large number of voters in a mandatory voting regime would do so at the price of irrationally ranking their resources, thus introducing more ignorance into the process. The real political world is more complex than generally assumed and its cost implies more than the act of putting a ballot in a box. In fact, mandatory voting woud go against a central proposition of political analysis: rational ignorance as a natural attitude in politics. In democratic regimes, most voters, including a large proportion of those who vote, choose not to invest the time, the money and the energy required to make a well-informed decision. The origin of this gap rests on the fact that the process leading to informed political decisions is not free. Representative rather than direct democracy, whereby decision-making is delegated to elected officials, precisely originated from people’s concern to economise on political action. Thirty five days before the federal election of 2004, 16 per cent of voters could not remember the name of the Prime Minister. Fewer than forty per cent of voters can distinguish the concept of “right” and “left” in the political spectrum, and when they do it is in a vague and hazy manner. After the federal election of 2000, less than a third of voters could place the NDP party at the left of the political spectrum and the Canadian Alliance at the right. A third of them proved unable to pinpoint a single electoral promise of the listed running parties. During the 1997 campaign, nearly 60 per cent of the population were of the opinion that Aboriginal people enjoyed a living standard comparable to the rest of the population.

Voters hold the realistic opinion that their vote is never decisive in the outcome of elections. And overall, they do not ignore that the benefit resulting from a more elaborate analysis is of a collective rather than of a personal nature; it would radiate on neighbours as much as on themselves. All are conscious that the outcome of an election is in no way related to the fact that their vote is well-informed. They will rationally remain ignorant of the impact on them and on society of a specific government measure as well as of the overall platform of parties. The average citizen is better informed on the performance of the car he buys than on the impact of Japanese import quotas on cars. As argued by Mancur Olson in 1965 or Terry Moe in 1980, citizens devote less of their time to political activity because of their conviction that the logic of collective action prevents them from individually influencing public decisions. Even if the stakes are high, people vote poorly and remain politically apathetic. Short of a substantial knowledge of political programs, they will often rely on alternative criteria such as moral obligation, ideology or the popularity of leaders.

The logic of rational ignorance predicts that most readers or viewers will choose to invest little time in the knowledge of public policy. With a few exceptions, newspapers and broadcasters specialised on public affairs attract limited audiences. For years, the proportion of newspaper readers has been declining. Research on the internet bears testimony to the widespread predilection for entertaining contents or for information which facilitates sales and purchases of goods and services; information that enlightens the significance of the voting process and of other collective decisions is not popular. The media have also evolved to respond to this lack of interest for public policy. Since groups that make up large fractions of the population tend to participate more in the process of voting, newspapers, radio and television offer more space of political interest to large audiences.

The mystery of the political process is not that large portions of the population do not vote, but that majorities of people do choose to vote. A high proportion of middle class families have no opinion on the appropriate political movement to support. The least evil in the voting process is not to add another regulation to the massive amount that we already bear, but to let non voters do as they like. To force a large number of the least informed citizens to cast their ballot against their will would reduce rather than raise the level of refinement in political decisions. The problem with government is that it is too big; to add a further undesirable regulation to its baggage of functions would be denying this fact. 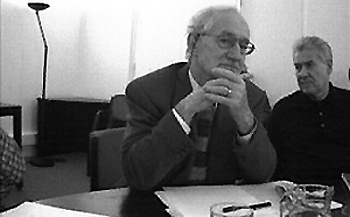